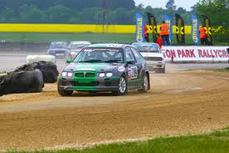 2000cc MG ZR
2011 BTRDA Clubmans Super Modified champion
2012 BTRDA Clubmans Rallycross Champion
Started racing at 10 in national mini stox on the short oval until 16 moved to autograss for the next 22 years winning club and east midlands championships started rallycross in 2011 winning btrda super modified overall 2012 btrda overall champion. When 1st started work worked for Phil Cooper ex rallycross driver who finished 2nd in class 1 in the 1980 castrol/btrda rallycross championship and was the 1st person to rallycross a metro even before Trever Reeves had the works car out. 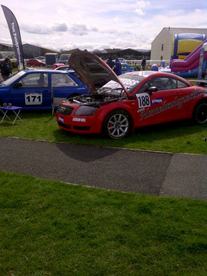 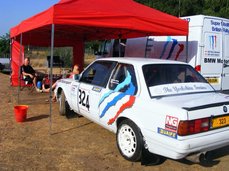 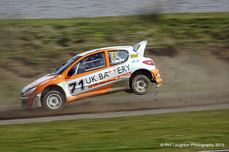 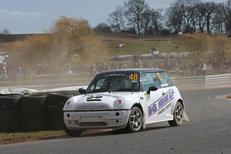 BMW Mini Cooper SAs an 18 year old sixth former Todd spends a lot of time in a classroom, but that's not to say he's missed out on any vital track experience necessary for competing in the Super National category - in fact he's been on track from the age of 8 starting with karts. His rallycross debut came in 2010 with an entry into the Junior Minicross category, where he finished 2nd in the overall championship, before moving up to the Senior Minicross category for the 2011 and 2012 seasons, where he finished as a runner up and then 2nd behind Richard Wakeling. The new car will hopefully bring him the podium finish he's searching for. 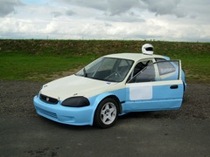 I am as old as the hills having started in autocross in 1969 or 1970, can't remember which! I did quite well the first year the BTRDA took over the National Autocross Championship from Players No 6 in 1972 then started to rallycross seriously in 1973 both in the UK and throughout Europe and ran what I believe to be the first ever professional rallycross team in the UK based on the European model with the Bose Hi Fi Team for myself and the late Dick Griffiths. I came 8th in the first BTRDA National Rallycross Championship in 1977 and 32 years later won the Supernational class and came second overall in the 2009 BTRDA Rallycross Championship. It is true to say that I have had quite a long involvement in the sport and have every intention to be at the BTRDA meeting at Croft in November this year. Now semi-retired I am an engine builder specialising mainly in Honda engines but still find the time to build and re-build the odd car. Check out:  www.wessexracing.com

David is a Cumbrian Hill famer, a mobile DJ, a former oval racer, and a lifelong rallycross fan.
He started competing in rallyccross in 2004, and has always been a Ford racer. His first car being a Fiesta XR2, graduating to an XR2i, then a Fiesta RS1800. His current car is a unique Mitsubishi engined rear wheel drive Fiesta mk3.
David is a true Clubman who always has the best interest's of the sport at heart. 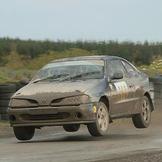 2000cc Renault Megane CoupeI started in motorsport in the early 1980s racing in Autograss and winning a number of club titles. Having a young family at that time meant money was tight so Autograss went on hold until the mid to late 90s.

But rallycross was the sport I’d always wanted to have a go at and after a friend told me “it’s no good sitting in that old folks home wishing you’d done it” so I decided to have a go. In 2010 I bought my Megane F7R 2.0 16v and built it to the safety regulations, but apart from that it’s a standard car.  Towards the end of 2010 I did my first rallycross at Pembrey and loved every minute of it, not just the racing but the social side that comes with it.

In 2012 I won the modified 2000 class. So all I can say to anyone is as Richard Hammond said on Top Gear. I urge you get yourself a racing licence, get yourself some cheap wheels and give it a go. 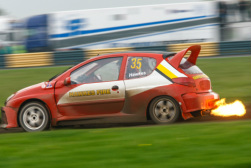 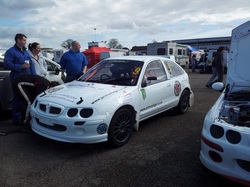 1800cc MG ZR
Drives as part of the "Horton" Rallycross team.
Previously driven in the Stockhatch class driving a Rover Metro GTi and a Peugeot 205 GTi.
Now moving up to the Super Modified class in a "self built" MG ZR. 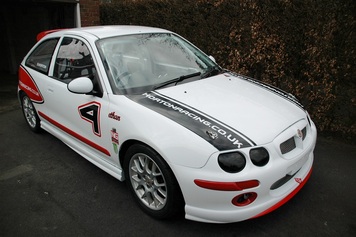 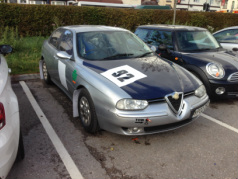 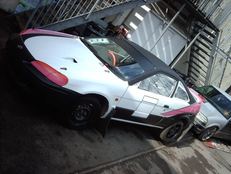 All built and funded by me and my mate Hannah, when I say we built it all, I mean everything from the GRP parts, to the cage. The car is so light, you can lift the back end up off the floor.
No Sponsors.. yet
No website 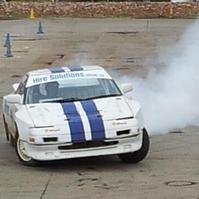 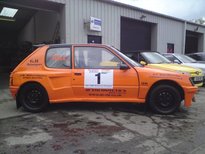 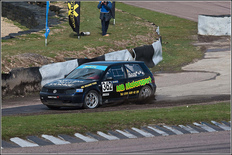 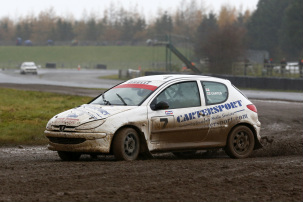 with drivers including Paul Bird, Ryan Champion, successes include: 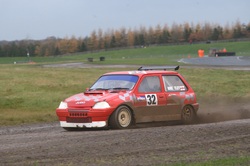