Here you will find information on the drivers competing in  the Class Minicross Class. 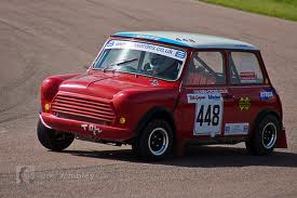 As an 18 year old sixth former Todd spends a lot of time in a classroom, but that's not to say he's missed out on any vital track experience necessary for competing in the Super National category - in fact he's been on track from the age of 8 starting with karts. His rallycross debut came in 2010 with an entry into the Junior Minicross category, where he finished 2nd in the overall championship, before moving up to the Senior Minicross category for the 2011 and 2012 seasons, where he finished as a runner up and then 2nd behind Richard Wakeling. The new car will hopefully bring him the podium finish he's searching for.